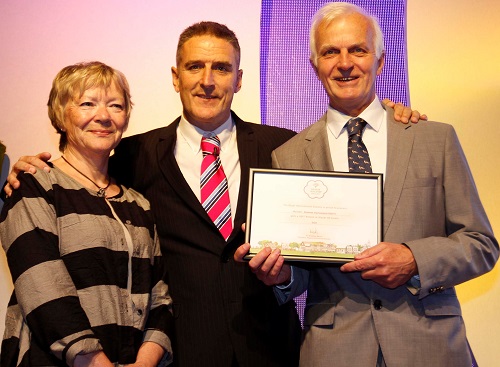 Established in 2012, the The Norwich Business Improvement District (BID) has proved itself a successful organisation run for and by local businesses. It aims to have a positive impact on the vitality of the city centre and the success of the businesses within it. It aims to promote the city; to improve the visitor experience; to create a greener, cleaner city and to give a strong voice to local business.

It is funded by an annual 1% levy on the rateable value of business premises within the BID area, which is essentially the south-western part of the city centre. After it’s successful first 5 years of operation, it is now due to extend it’s boundaries to cover the entire city centre.

Business Improvement Districts are a relatively new phenomenon in the UK but already they are in a distinct category of the Britain in Bloom awards. They must compete on the same criteria as everyone else: in terms of ‘Horticultural Achievement’; ‘Environmental Responsibility’ and ‘Community Participation’

The area is judged during a 2 hour tour along a route devised by the entrant, which must cleverly avoid any evidence of litter or graffiti and reveal only the finest displays of flowers and enthusiastic community input. Evidence of pride in the place and it’s heritage is essential. So, the judges were delighted to be welcomed by the Lord Mayor and Sheriff of Norwich and to be accompanied on the route by the Whifflers, the group of historically costumed characters who traditionally cleared the way for the Lord Mayor, although now their swords are made of wood!

A number of churchyards were included on the route:
St Peter Mancroft, with it’s edible flower garden;
St Stephen’s, with it’s eye-catching drought garden and unusual trees.
All Saints, planted with the aid of a RHS “Greening Grey Britain” grant

The Final Awards ceremony was held in Llandudno at the end of October. There were five finalists in the BID category: London Bridge, Norwich, Mansfield, Blackburn and Penrith, which all achieved a very high standard. The overall winner was Penrith, but Norwich also got a Gold Award and the result was very close. The awards were presented by Iolo Williams, the well known tv personality and wildlife watcher. 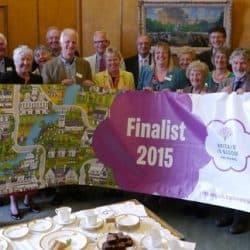